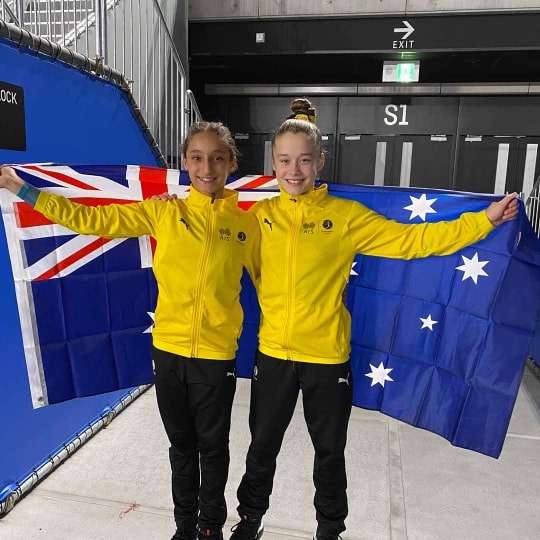 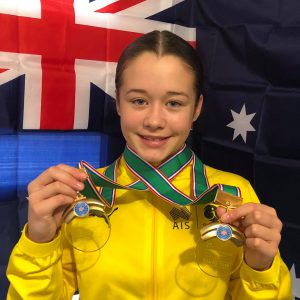 KSTP had seven athletes on the Gymnastics Australia National team led by head National Coach Dima at the 2019 World Age Group Competition (WAGC) which was held in Tokyo. Representing Australia is a huge honour and takes a huge amount of commitment and dedication to reach such a level.

Our team members consisted of;

All athletes performed well but there were certainly two stand out events, and one particular athlete that made history by becoming a dual World Age Champion, Koralee Catlett.

Koralee won gold in both her events, 13-14 DMT and 13-14 Tumbling.  Not only did she win the gold and the title but she competed passes with an extremely high degree of difficulty, particularly DMT where she competed a triple back flip, the only athlete at the competition in any age group to do so!

Koralee was part of an extremly strong team of KSTP girls in the 13-14 Tumbling event, and our girls did amazing.  The four girls made the finals with; Koralee taking Gold, Breanah Bronze, Tamia placing 4th and Hayley 5th.  To say we are proud is an understatement.

Congratulations to all our athletes and their families on a fantastic competition. 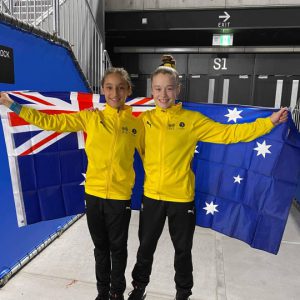