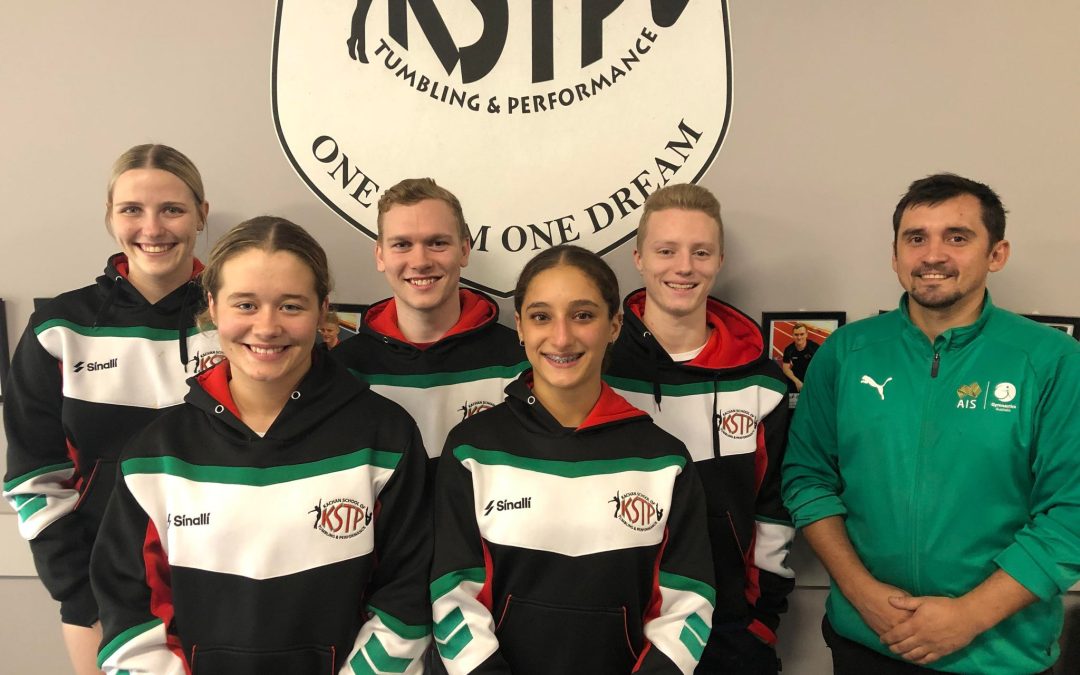 KSTP was founded from very humble beginnings. From just a handful of students, one air floor, a dmt, and mattresses for matting in 2009, fast forward to 2022 with over 300 members, a state of the art facility with some of the most celebrated athletes in the world, it’s amazing to think of everything that’s happened over the last 13 years.

Since becoming the GNSW High Performance Centre for tumbling in 2013, our targets have been set on international competitiveness. Based on our results and performances at World Age Group Competition (WAGC) and Senior World Cups and Championships, these targets have become part of our club culture, with more younger tumblers setting their sights on this level of competition. We are very excited at the prospect of 2022 as it seems our collective efforts since 2009 are about to come to the forefront in what will be our biggest event yet!

This year, Birmingham, USA is set to host a very unique and exciting event known as “The World Games”. The World Games is the Olympics for all non-Olympic sports. It happens once every four years just like the Olympics and as its title says, brings together countries from all over the world.

It’s been a while since Australia has qualified spots in the Trampoline Sport Disciplines but based on results from World Championships in 2019, Australia have spots in both Male and Female Tumbling and Female Double Mini Trampoline (DMT)

With a possible three spots up for grabs, we are proud to announce that our club potentially has the opportunity to take out all three positions! KSTP nominating athletes include:

Selection events for The World Games will be taking place in Sydney in conjunction with the NSW Senior State Championships. The best of the best from around the country who are vying for one of these spots will be there battling it out to see who will be the ones to represent Australia at the 2022 World Games.

Regardless of the final selections, we are so proud of this group of athletes who not only have several National and International titles to their names, but are great role models and KSTP club coaches. Our entire club is right behind them all, wishing them the very best in the lead up to State Championships. We know they’d all love to add a World Games title to their list of achievements.

The 2nd of two World Games trial events will be held on Sunday the 3rd of April from 8am to approximately 10.30am. To book tickets head to Gymnastics NSW social pages.