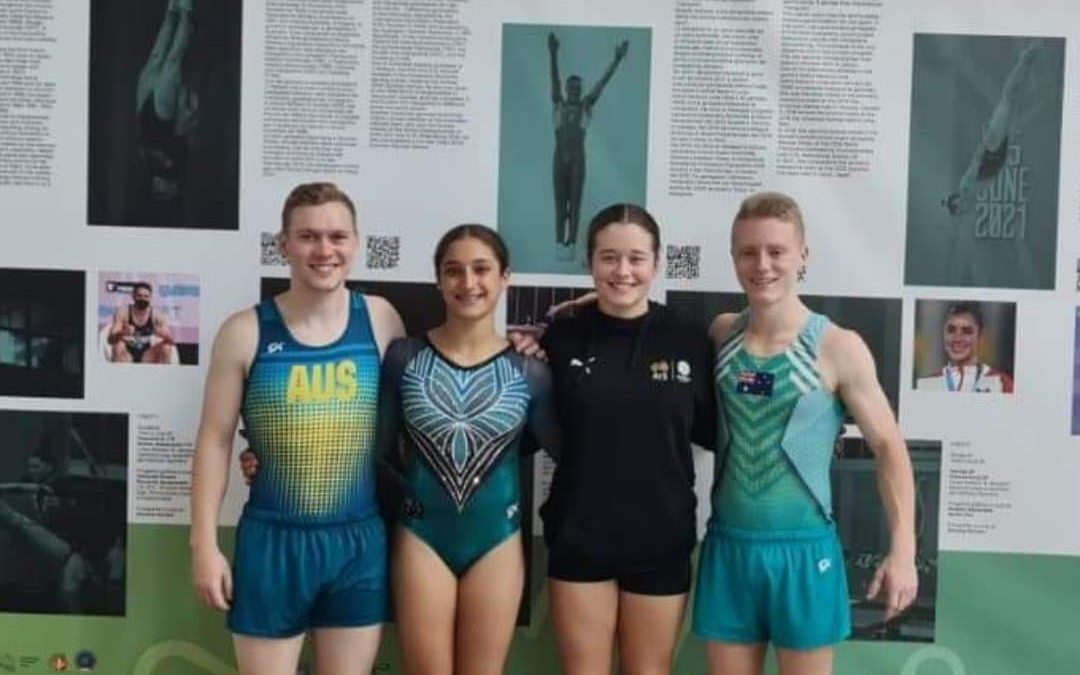 Kachan School of Tumbling & Performance had four athletes compete at the 4th Aere Trampoline World Cup in Rimini Italy held 27th and 28th May.  This competition was the first international event our athletes have attended in over two years due to covid but based on their performances their time away only boosted their determination for success.

Jack Hemmings, Ethan McGuinness, Breanah Cauchi and Koralee Catlett travelled to the beautiful beachside town of Rimini with coach Dima where they spent three days climatizing and training in preparation for the competition.

There were many firsts in this competition, the first time Breanah, 16 and Koralee, 17 competed in the Senior event, moving up from age competition and the first competition the four competed under the new FIG rules where the top 8 go into the final, before the top 4 then fight it out for the podium.  Unlike previous years, skills performed must not be repeated in the two final routines, meaning there was no room for small errors or playing safe.

The event proved to be a tough competition for our athletes, but they held their own and we had Jack, Ethan and Breanah making the finals, Koralee narrowly missing out due to the 2 athlete per country rule with fellow tumbler Georgia Beddall from South Australia ahead on the score board.

All three remained focused and came away with amazing results.

Ethan McGuinness became the World Cup winner and broke the world record for the highest degree of difficulty performed.

Jack and Breanah both won the bronze medal with two strong passes each.  For Jack this is his first international medal and for Breanah winning a medal in her first competition as a senior.

We are so proud of all four athletes and look forward to what is next instal for them next.