Ethan and coach Dima travelled to Azerbaijan in February where they joined the National Trampoline team to compete at the first FIG World Cup for 2020 this time in Baku.

Both tumbling coach and athlete were greeted and looked after by the country’s National Tumbling coach Adyl Guseynzade. “We were grateful for the hospitality” said Dima and Ethan. “It’s nice to have built a friendship with Adyl over the years” Dima said.

Adyl and his athlete Mikhail Malkin visited Australia in 2019 thanks to Gymnastics NSW. The purpose was to educate and build on tumbling, it was an extremely successful trip and forged the friendship.

At the World Cup competition Ethan had tough competitors, but it came down to a battle between 2019 World Champion Aleksandr Lisitsyn from Russia, the USA’s Kaden Brown who’s execution is exceptional and Ethan’s degree of difficulty, which was the highest in the competition.

The end results saw Kaden with Gold, Ethan with Silver and Aleksandr with Bronze. 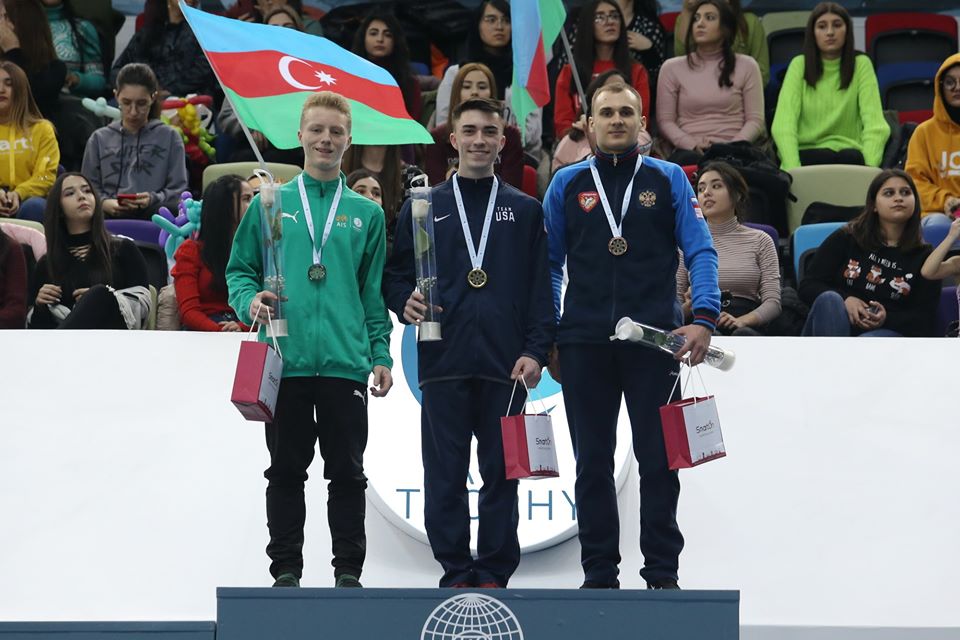